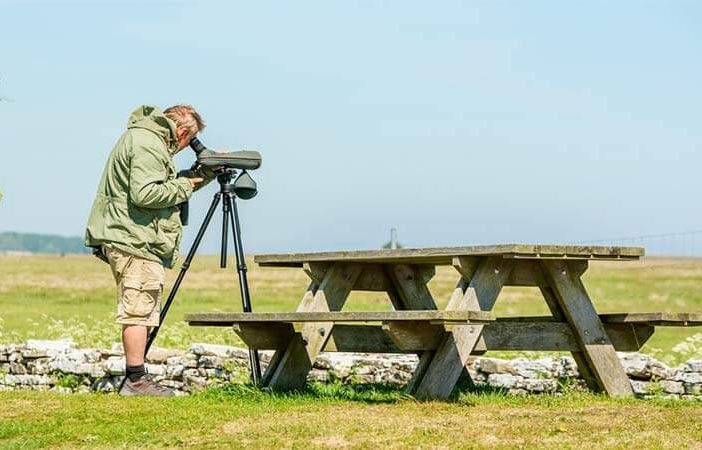 The Vortex Optics Razor HD is generally of higher quality. The quality of the images is better as well. Nevertheless, it is more expensive than the Viper, which seems to be less popular. If you are on a budget, consider getting the Viper HD.

If you have been wondering which one is better, this article is for you. I will be comparing the two spotting scopes on different aspects to help you get to the big picture. Let’s get into it.

I’m going to start with price because that is what many people first look at when buying a spotter. After all, if you can’t even afford it, how are you going to buy it?

The Vortex Viper Spotting Spotting Scope starts at $699 and goes up to $899 on Amazon. Here are the size options and prices available on Amazon at the moment. I recommend checking back on Amazon for updated pricing and availability information, as they can both change.

So, how much does the Vortex Optics Razor Spotting Scope cost? It also starts at $699. However, the price goes much higher than that, depending on the specific model you are getting. Check their Amazon page for updated pricing information and updated information about which models are available.

So, when it comes to pricing, the verdict is clear: Viper is a lot cheaper, and if you are on a budget and are looking for a good cheap scope, I would recommend the Viper right off the bat. If you have money to spend and would be willing to spend more money on a premium scope, you may be interested in the Razor.

While several options are available, the highest magnification available (at least on Amazon as of this writing) is 80x. By increasing your magnification, you will be able to see further. If your goal is to see as far as possible, I believe the Viper might be a better choice, as 80x is pretty good.

The highest magnification currently available on Amazon is 60x. As such, we can see that if your goal is simply to get as much magnification as possible, you might be drawn to the Viper as opposed to the Razor.

Nevertheless, other factors will make a big difference, which you should take into account. If the scope is of bad quality, you may not want it, even with more magnification.

As I said, magnification power is far from the only factor you should be looking at when comparing two spotting scopes. Another important thing to consider is the objective lens diameter.

Why does the objective lens diameter matter?

The larger the objective lens diameter is, the more light-collecting power it will have. What does that mean for you? For you, it means that the image you see will be of better quality, with a higher resolution.

The only downside of having a large objective lens diameter is that it can take up more space, physically. It can be clunkier and heavier due to the larger size. However, the difference in this regard is often minuscule, so it is not something I would worry about a lot.

As we can see from this section, the Razor HD wins when comparing the size of the objective lens diameter. Of course, I am not taking price into account in this section, but when you decide which one to purchase, the price will likely be a deciding factor.

Adjusting the focus dial allows you to make the images clearer. Usually, you will need to do some refocusing to make the images clearer after setting the magnification. Adjusting the eyecup allows you to control your field of view even if you are wearing eyeglasses and sunglasses. If you are wearing eyeglasses, you will need to extend the eyecup.

In this regard, both the Viper and the Razor HD are equal, as both have these adjustability features.

Sometimes, stray light can enter and disturb your field of view. By extending this sunshade, you can block out any sunlight; it will also protect the scope lens from damage and smudging.

Before buying anything, it is important to pay attention to what people have to say about it. If you want to buy the Viper instead of the Razor, for example, first see what people who have already used the Vortex Viper are saying about it.

The Viper HD spotting scopes only has 20 reviews, indicating that it is not nearly as popular as the Vortex Razor. If it is not as popular, there must be a reason. It could be that people simply are not aware that it exists. However, the reason may also be that the Vortex Razor is much better quality and known for being a better scope.

On a RokSlide forum thread, the consensus was that the Razor was better than the Viper in many regards, including the material with which it is made and the viewing experience’s quality.

There is no information about ratings for these qualities for the Viper as it has too few reviews on Amazon.

For a quick Razor spotting scope review, watch this video:

All in all, I feel confident saying that the Vortex Razor HD is a better quality spotting scope. It will give you better performance and clearer images due to the larger objective lens diameter.

Nevertheless, if you are on a budget, I would recommend sticking to the Viper. The Viper spotting scope is a lot cheaper, but there is a reason why it is cheaper – it is not as good.