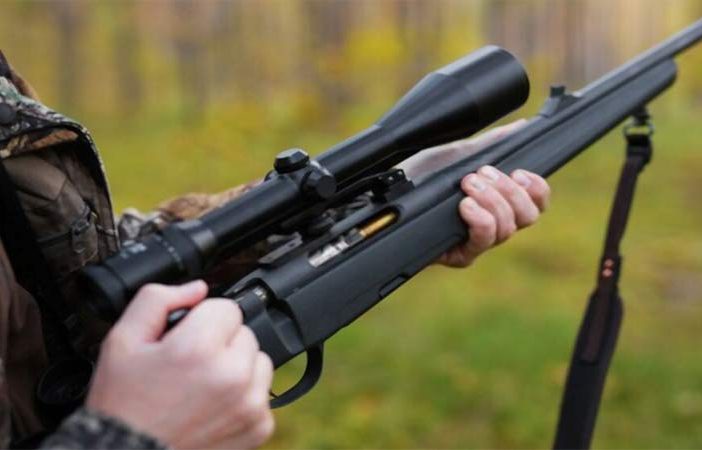 Have you ever wondered how your favorite rifle scopes are designed? Precision, attention to detail, and reliable materials go into the creation of countless scopes. The step-by-step process is meticulous, which is why they’re used by almost every military member and outdoorsman worldwide.

How Rifle Scopes Are Made?

Rifle scopes are made by casting metal parts that hold lenses and assembling lenses into the fixtures to achieve the desired magnification. Adjustables are added in the final assembly in a cleanroom. Finally, the scope is tested to make sure it is airtight and then shipped for sale.

In this article, you’ll learn more about the parts of a rifle scope and its manufacturing process, including how

What Are the Parts of a Rifle Scope?

As rifle scopes function similarly to telescopes, they have certain parallels, including the objective lens and the ocular lens. But a good scope is much more than just two lenses positioned in a tube.

There are several parts that allow the hunter complete control over vision adjustment while retaining a firm stationary position on the rifle so that the vision doesn’t change mid-firing.

While scope parts may vary, the high-end scopes all have the following components:

What Are the Steps of Rifle Scope Manufacturing?

Riflescope manufacturing happens with a series of sub-assemblies and goes through final assembly and testing before getting to the market.

This section will explore the complete process, from finding raw materials to transporting the hunting scopes to the shelf.

By understanding the level of effort that goes into bringing high-quality scopes to your local hunting store, you’ll fin newfound appreciation for the accessory.

Aluminum Is Sourced and Imported

While many smaller components go into manufacturing a scope, One can broadly categorize them as positioning parts and visual parts.

Visual components are the lenses while positioning parts put the lenses in the correct position so that the scope works with variable power and sufficiently magnifies the target.

The first step is to take high quality metallic raw material and turn it into the positioning sub-assemblies. Since this isn’t happening in a hobbyist firearm maker’s garage, these steps co-occur.

Aluminum is brought to the manufacturing facility and then molten and poured into a die. These dies across different stations are digitally aided to produce large quantities of objective bells, eye bells, and erectors.

Elsewhere, there could be a similar manufacturing process for adjustable if they’re made with different materials.

The process is highly mechanized, and robot arms handle the movement of components across conveyor belts till large batches of assembly-ready parts reach the final assembly room.

The visual parts may not be manufactured at the scope production facility. That’s because the level of specialization required may warrant external support.

Many facilities import pre-made lenses that are built and stored in a speck-free environment. Even in the final assembly room, one can expect an ISO 7 clean environment where HEPA cleaning systems keep particles to a minimum.

All workers in the cleanroom have to wear a clean uniform that covers them entirely and is made of particle-repelling material. Hence, no dust from the external environment sticks to them and enters the assembly space.

Even the few particles that may come into the environment are filtered continuously out by the air filters installed in the facility.

Human-assembled and machine-assembled parts like eye shell and erector sub-assembly, respectively, are brought for a final assembly where skilled practitioners place the components in the proper position.

They have to make sure of a few things, including:

Once the product is assembled, it might be ready for the market, but the manufacturers have to make sure this is the case. That is why rifle scopes are tested for impermeability. However, before the testing stage, there is a gas replacement phase.

Scopes are virtually airtight, and a special gas is used to fill the hollow space inside the tube. One can’t have air in the scope because air can make the lenses foggy from the inside.

Each manufacturer has its proprietary gas blend that retains clarity. Once the scope tube is filled with the gas replacing its equivalent air, the scope goes for final testing.

One would assume that a rifle scope’s testing process would involve long range shooting and target accuracy testing from 100 yards. Still, the actual tests carried out at the facility are regarding the individual parts’ airtightness.

If air can get into the scope, so can humidity and water vapor. In cooler weather, this condenses and forms droplets on the inside of the lenses. The proprietary gas filled in the tube can also leak out.

To make sure this doesn’t happen, each scope is put in a highly pressurized water tank. If the gas escapes through, technicians will notice visible bubbles, and quality controllers will discard the scope as unfit for sale. The scopes that pass this test are then packed and passed off to the supply trucks.

From there, it’s only a matter of time till your local hunting goods store has the hunting scope on its shelf.

Final Thoughts: How Rifle Scopes Are Made?

If you’ve chosen to invest in a good scope, then you’ve chosen well. A lot of care goes into manufacturing high-end scopes that facilitate accurate shooting. Here’s a recap of the post going over the steps involved in the process.