You are here: Home / Healthy Foods / Milkshake Magic – Do You Know These 24 Fascinating Facts?

Happy childhood memories of slurping milkshakes through a straw can now be recreated at home with just a blender and a few simple ingredients.

But how much do you really know about the humble milkshake?

How were milkshakes invented? How big was the largest ever milkshake?

Can milkshakes prevent or cure hangovers? Can they even be lethal? 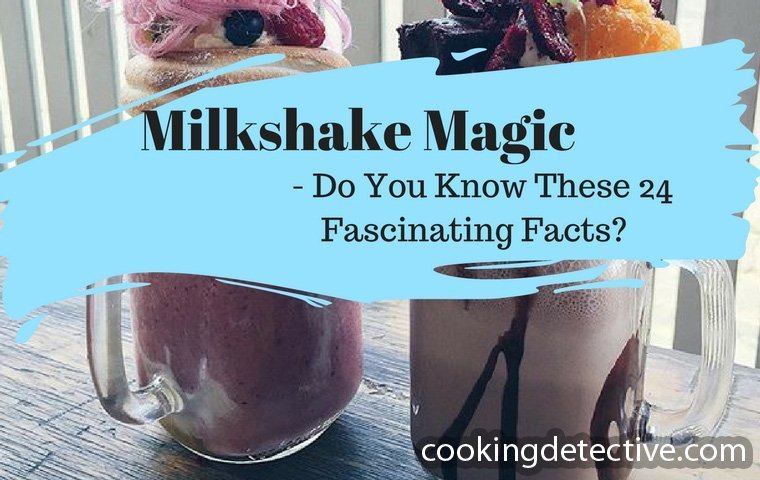 The original milkshakes were alcoholic drinks containing whiskey and eggs. They were invented in the late 1800s, and were first mentioned in a British publication in 1885.

William Horlick’s invention of malted milk in 1887 was the next step toward the modern milkshake.

He combined malted barley, dried milk and wheat flower to produce malted milk. It was sold as a nutritional “pick-me-up” drink for children and invalids.

The modern milkshake was born in 1922, when Ivar “Pop” Coulson, an employee of the Walgreen’s drugstore in Chicago, cooked up a malted chocolate milkshake by combining malted milk, chocolate and ice cream.

It wasn’t long before young people all over the country were ordering a “malted.”

Stephen Poplawski’s invention of an automatic malted milk mixing machine for restaurants, also in 1922, paved the way for the mass market appeal of milkshakes.

Poplawski went on to develop a kitchen mixer for everyday use at home, patented in 1940. 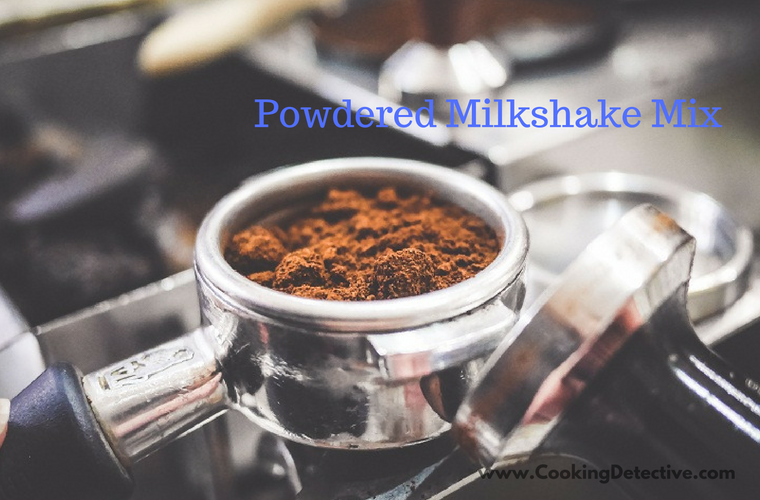 Nestlé invented the first chocolate-flavored powdered milkshake mix in the USA in 1948. It was marketed under the name of Nestlé Quik.

It is now sold as Nesquik in over 100 countries worldwide. The Nesquik Bunny has promoted the brand since 1973.

The First Milkshakes in McDonald’s

Just had a shake with your burger and fries? Thank Ray Kroc, who sold eight Multimixer milkshake machines to Richard and Maurice McDonald, the original founders of McDonald’s restaurants, in the early 1950s.

Ray Kroc bought McDonald’s in 1961 and was instrumental in turning the company into a worldwide success.

The Shamrock Milkshake, a green, mint-flavored milkshake topped with whipped cream and a cherry, is sold by McDonald’s every year for a limited period of time around St. Patrick’s Day, the national holiday of Ireland on March 17th.

Although this milkshake was introduced in 1970 (when it was known as the St. Patrick’s Day Green Milkshake), it only went on nationwide sale in 2012 because of popular demand.

The profits from the sales of Shamrock Milkshakes funded the purchase of the first Ronald McDonald House in Philadelphia in 1974, providing a place to stay for the families of children being treated at the Children’s Hospital of Philadelphia.

There are now more than 350 Ronald McDonald Houses in over 40 countries worldwide.

The Largest Milkshake Ever

The vanilla with chocolate syrup shake was prepared in New York on August 1st 2000 in a milk tanker that looked like a giant milkshake.

It was made in celebration of The Comfort Diners’ fourth annual milkshake festival, according to Guinness World Records. 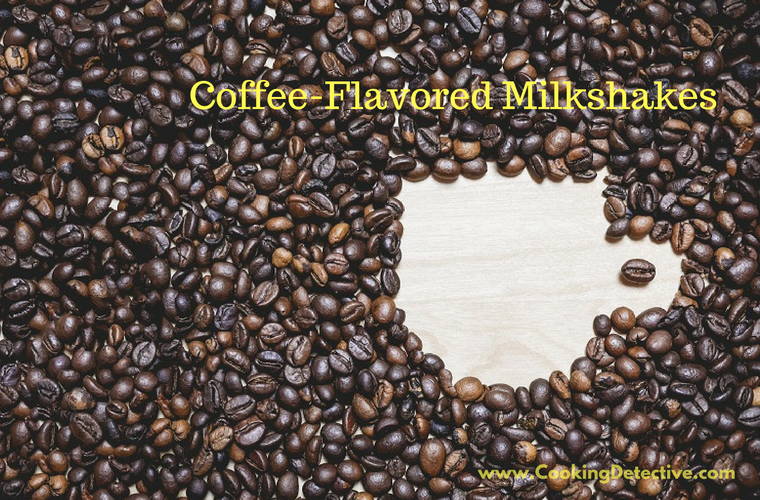 Fancy a caffeine fix? In some parts of New England (Rhode Island and south-east Massachusetts), you can enjoy a “coffee cabinet” or “coffee frappe.”

This milkshake is overloaded with coffee flavored ingredients, including coffee ice cream and coffee syrup.

Think twice before drinking a lovingly prepared milkshake. An American, Nancy Kissel, was found guilty in Hong Kong of adding sedatives to her husband’s milkshake before hitting him on the head with an ornament.

The case became known as the “milkshake murder.”

They are made by combining vanilla ice cream, milk and flavoring syrup in a stainless steel cup that sits on the mixing machine for a few minutes. Customers drink the milkshake from the steel cup.

Milkshakes in the UK

In the United Kingdom (UK), milkshakes are often just a frothy mixture of milk and flavored syrup without the addition of ice cream.

“Milkshake” is also the name of a popular young children’s program on Channel Five television.

If you’re allergic to dairy products or a vegan, you don’t have to feel left out – just choose a milkshake made from organic soya milk and soya ice cream.

Shake Away is expanding overseas, opening milkshake bars in the US, Mexico and other countries.

Prevent or Cure a Hangover with a Milkshake

The humble milkshake is reputed to be good at preventing and curing a hangover. Drinking a milkshake before drinking alcohol is said to line your stomach and prevent a hangover.

Did you forget to drink that preventative milkshake and now have a thumping headache? Don’t worry, just drink a milkshake – it will soothe your stomach, help you to feel relaxed and hopefully your hangover will disappear in no time! 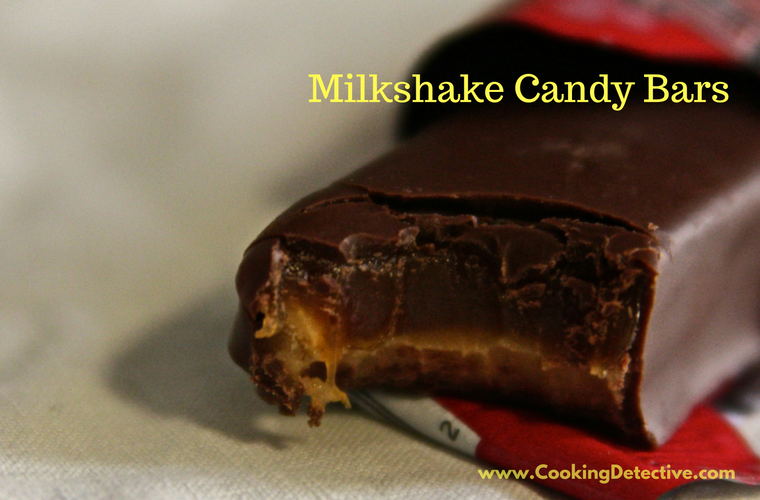 Milkshakes have provided the inspiration for other products, such as candy bars. The Hollywood Candy Co. started to produce a milk chocolate Milkshake candy bar with caramel and nougat in the 1920s but it is sadly no longer available.

A limited edition milkshake KitKat candy bar, manufactured by the Hershey Company, could be munched in 2005.

The Nutritional Value of Milkshakes and Protein Shakes

Ordinary milkshakes are a good source of nutrition, containing protein, calcium, vitamins A, B2 and B12, and fatty acids.

Protein shakes are fortified with a range of vitamins and minerals and are suitable for bodybuilders or those on a low-carb diet. They are a delicious alternative to a daily multivitamin tablet!

Make Your Own Milkshakes

It’s easy to make milkshakes at home. All you need is a blender and a few ingredients. Recipes for tasty milkshakes abound online. You can even find out how to make your very own old-fashioned malted milkshake!

Almost any food product can be blended to produce a milkshake, including candy bars, cookies and cakes.

If you’re looking for something different, why not try a yummy pistachio, marshmallow or rhubarb milkshake?

The purple cow milkshake has perhaps the strangest name. It is made by whizzing together grape juice concentrate, banana, milk, and ice cubes.

Delicious flavor combinations are possible. How about a chocolate and peanut butter milkshake for an indulgent calorie overload?!

Or you could try snickers and oreo cookies…the possibilities – and the calories – are endless!

Milkshakes don’t have to be high in calories, though. Milkshake flavors with the fewest calories include melon, cucumber, lemon and lime, pear, ginger, and, surprisingly, honey. Go ahead and enjoy them on your diet! 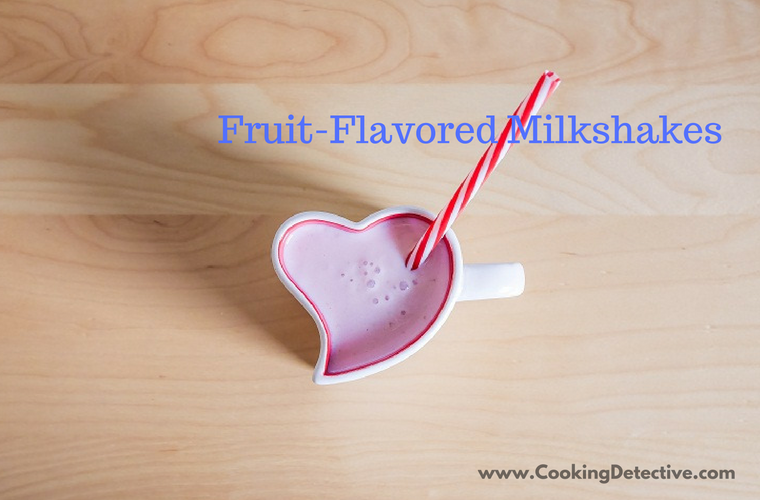 Celebrate the good old milkshake at least once a year on September 12th, for it is National Chocolate Milkshake Day!

So, slurp away and enjoy tasty, healthy milkshakes. Be inventive and try out new flavors in your blender, but don’t forget to thank Ivar Coulson, Stephen Poplawski and Ray Kroc!

Roz Andrews is a freelance writer, editor, and founder of RA Writers For Hire. In her spare time, she loves to experiment with new recipes, cook healthy meals for her family, and bake scrumptious cakes.