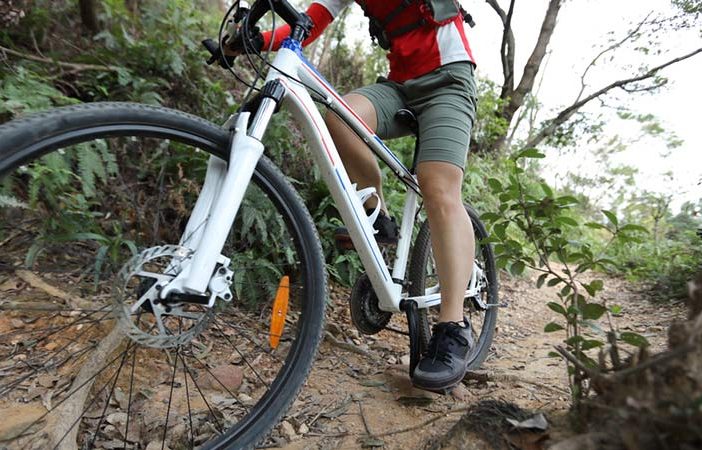 There are rampant debates among bike enthusiasts on whether one should go for a fixed gear bike or a single speed. This makes it hard for someone who intends to buy one of them, and you are not sure which is the best way to go.

Knowing their differences and functionalities is the first step towards determining which one you should settle for.

The article shall take a closer look at both the fixie and a single speed. You will learn how each works, their pros and cons, and the best choice to buy.

Overview of the Fixed-Gear Bike

This is also known as a fixie, is a bike that lacks a freewheel mechanism. It gets the word fixed gear because the cog is usually tied to the motion of the pedals.

The cog does not have a bearing in the fixed gear bike, and it is fixed to the back wheel. This allows one to pedal the bike in any direction you want it to move to.

Additionally, since the fixie has no freewheel, it means that you have no chance to rest or coast. You have to keep pedaling for the bike to keep it moving.

The cog, rear wheel, and pedals are connected in this bike, meaning that they move simultaneously. If the rear wheel rotates, the cog rotates, and so do the pedals.

This is why the pedals can rotate even if you are not pedaling, provided the rear wheel is spinning.

Below is a tutorial video that you can watch:

Pros of a Fixed Gear Bike

When looking to buy a bike on a budget, this is a recommendable way to go. Since there is no complicated mechanism in this bike, you can expect to get it at a lower cost.

Additionally, the parts of a fixie rarely need repair, and when they do, it does not cost much. Therefore, you enjoy the bike without it demanding a lot of your money.

It Keeps You Healthy

As mentioned earlier, you need to keep pedaling this bike to keep it moving. As you pedal, you have a great workout session that keeps you fit and healthy. If you have a fixie that you ride almost every day, you significantly reduce the amount of time you spend in the gym.

Whenever any machine is involved, you need to learn something new for you to be in a position to operate it. However, there is no complicated mechanism with the fixie. Thus, it is easy to operate. There is no special training needed for you to enjoy your ride with this bike.

Ideal for Riding Even in Cities

The fixed gear bikes are more comfortable to ride as opposed to a regular bike. They have more comfortable seats, which help you ride even on roads with potholes and bumps. Therefore, you can work with your bike in the city without fear of security.

They Are Stressful to Ride Uphill

If your ride includes going up hills, you will wish that you had a geared bike at this point. This is because pedaling uphill can be stressful and difficult. It can also be problematic when going downhill since you still have to continue pedaling.

Some fixies are made using frame materials, which is why they are cheaper. The frame materials make the fixed gear bike heavy to carry around. However, they are some more expensive choices in the market, which are lighter and stronger.

Some of Them Do Not Have Lights

More often than not, fixies do not come with headlights. If you intend to use your bike at night, you will need to buy reflectors and lights on your own since they are not included when purchasing the bike.

Unlike the fixie, there is a freewheel mechanism included in a single speed bike. The freewheel cog rotates one way and locks the other way.

For this reason, when you start pedaling, the cog will turn the freewheel. The bike will then begin to freewheel when the rear wheel starts rotating faster than the cog.

This means that you can do things that you can’t do with any other bike, such as coasting, among others. The only difference is that you cannot change gears since there is only one gear.

Additionally, the low cost also applies when it comes to the maintenance of your bike. Since they have few parts, the cost of maintenance and repair is significantly reduced.

The high reduction of parts in the single speed bike makes it lighter than a regular bike. The less weight means that you need less power to move the bike forward when cycling.

Additionally, if you leave at a place where you need to carry the bike inside, it is not a burden.

When you have a single speed bike, you can go uphill and downhill without pedaling. This makes it easier and comfortable to go uphill without using so much energy. You can go through such terrains faster than when you are using a fixie.

Not the Best for Steep Hills

There are several similarities between the fixed gear bike and the single speed bike. These similarities include:

Differences Between the Fixed Gear Bike and Single Speed Bike

Below are the differences between the riding a fixed gear bike and single speed bike.

Many fixies have only a front brake. With the fixie, there is limited braking or even no braking at all. It is possible to break by stopping the pedals from rotating in a fixed gear bike.

This is why some people eliminate their brakes. There is a full braking capability in a single speed bike, making it easier to stop in an emergency.

Fun of riding a Fixie

Although both bikes are fun to use on the road, you are likely to have more fun when you have a single speed bike. This is because you have a chance to coast and freewheel with this bike.

Additionally, the freewheel is likely to move faster than the fixie. Moving faster means having more fun.

Generally, the single speed bike is faster. This is because, with a single speed, you have the chance to freewheel and take a break from paddling.

This helps you paddle even faster when you resume, making you move a lot quicker. With a fixed gear bike, you have to keep paddling, meaning that you will move slower when you stop paddling.

Fixed Gear Bike vs. Single Speed: Which One Should You Buy?

If you intend to use the bike to commute to work, a single speed bike is more recommendable since it is faster and easier to ride. It is also ideal if you intend to ride on a hilly road.

However, if you need a bike that will help you have fun and still keep fit, a fixie is the way to go. The fixed gear bike is also ideal if you are working on a budget.

Riding fixed gear is like having two bikes in one! With a flip flop hub, you can ride fixed on the front and free around back.

Just grab your bike by the frame, lift it up to put it down onto its other side where there is no drivetrain (this might take some practice), then add air as necessary before riding off into smooth-rolling city streets or twisting country roads.

Generally, both the fixed gear and single-speed bikes are ideal bikes to invest in. To know which among them fits you best, you need first to understand their differences and functionalities.

Use the information above to help you make an informed decision when torn between a fixed gear bike and a single speed bike.