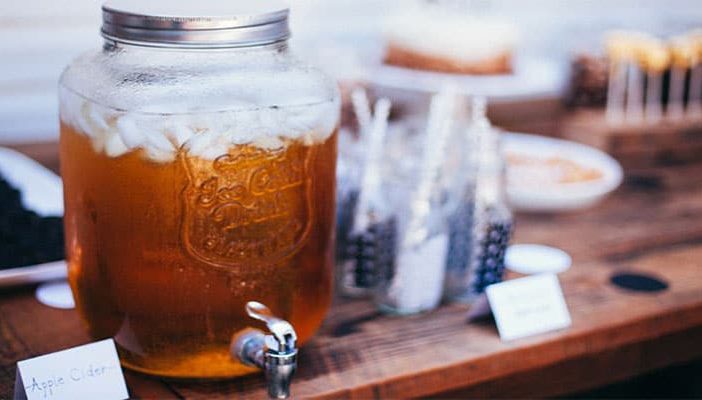 Because it boasts both internal and external applications, you can add apple cider vinegar to your diet for numerous medicinal and health benefits and also use it to treat common skin and hair troubles.

You can even clean your home with homemade vinegar-based cleaning products that are free of unnecessary chemicals.

If you want to get the most from your apple cider vinegar you’ll need to make sure your bottle is:

The chemical and heat processes used to pasteurize apple cider vinegar rob it of the very enzymes and bacteria that make it beneficial, so make sure your brand is organic, raw, unfiltered and non-gmo.

You should also buy your apple cider vinegar in a glass bottle to keep possible BPAs within a plastic container from leeching into your vinegar. 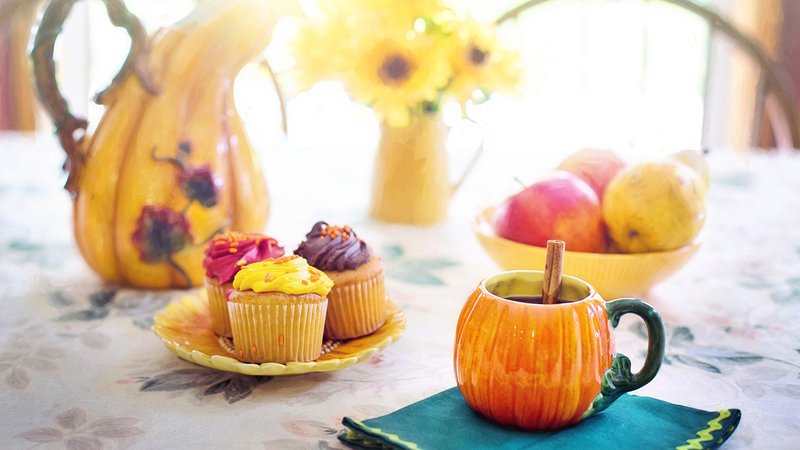 Those brown strands floating in the bottom are called the mother, a complex structure of cellulose and acetic acid bacteria that play a role in the creation of vinegar from apples. It’s similar to the fermentation process used to make Kombucha, which also uses a mother.

Apple cider vinegar is made by crushing whole apples into must. Bacteria and yeast are then added to the must, which initiates the fermentation process. Through fermentation, the sugars in the apples are turned into alcohol, then through oxygenation the alcohol is turned into acetic acid.

But despite its unflattering nutritional label (taken from Bragg’s Organic Raw Apple Cider Vinegar) there are a number of health benefits, medicinal uses and practical applications for apple cider vinegar. 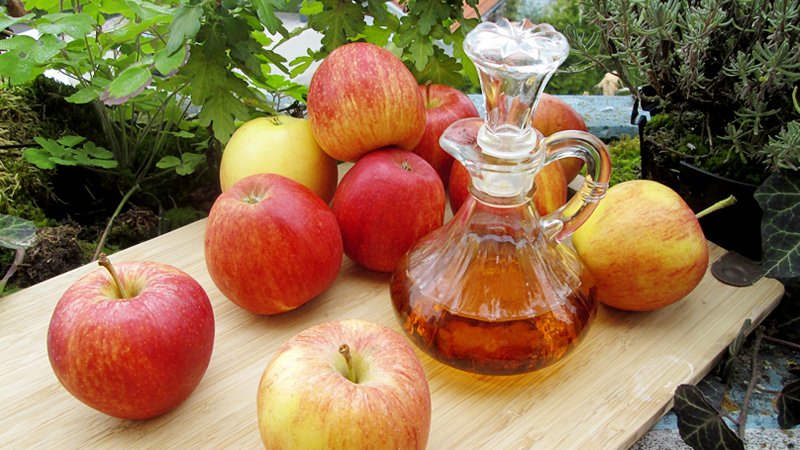 Sip a mixture of apple cider vinegar and water for an upset stomach. To stave off indigestion before eating offending foods, drink a teaspoon of honey and a teaspoon of vinegar dissolved in a glass of water.

If you’re suffering from diarrhea caused by a bacterial infection, the antibiotic properties of the vinegar can help clear up the problem.

Apple cider vinegar can help correct the low stomach acid levels that cause heartburn, just be sure to dilute it well as straight vinegar can cause more issues.

The pectin fibers from the apples in the vinegar are also believed to soothe the entire digestive tract which will prevent gas, cramps and bloating.

Apple cider vinegar can help your body rid itself of surplus candida, the yeast responsible for thrush and infection.

Small amounts of candida in the body are normal, but overgrowth can cause a number of health problems, called candidiasis, that can become invasive and spread to the bloodstream. Candida overgrowth symptoms include poor memory, sluggishness and sugar cravings.

Acetic acid is the main component of apple cider vinegar. It is antibacterial as it can kill and prevent the growth of bacteria, making it ideal for a number of home remedies and cleaning solutions.

Historically, apple cider vinegar has been used as a disinfectant and preservative for centuries.

The acetic acid found in apple cider vinegar slows down the digestion of carbohydrates, which helps regulate blood sugar. Apple cider vinegar also has an anti-glycemic effect on the body and has been proven in multiple studies.

One such study, published by the American Diabetes Association, found that, “Acetic acid has been shown to suppress disaccharidase activity and to raise glucose-6-phosphate concentrations in skeletal muscle: thus, vinegar may possess physiological effects similar to acarbose or metformin,” both medications used to manage diabetes.

While inconsistent consumption of apple cider vinegar won’t improve your blood pressure, regular ingestion has been shown to lower it.

Life Saving Natural Cures recommends drinking 1 to 2 tablespoons of vinegar diluted in a glass of water daily, with the addition of 1/8th of a teaspoon of baking soda in two-week on and off cycles. Apple cider vinegar can also reduce cholesterol levels, which has a positive effect on blood pressure.

Not only does acetic acid suppress the accumulation of body fat but the natural pectin in apple cider vinegar may also reduce your ability to absorb fat from food.

Drinking your diluted apple cider vinegar mixture before a meal will reinforce your weight loss efforts by alleviating hunger signals.

The antibacterial properties of apple cider vinegar make it an ideal gargle for eliminating the bacteria that causes bad breath. You can make your own mouthwash by adding one tablespoon of vinegar to a third cup of water, but be sure to rinse with fresh water after you’ve swished to prevent tooth enamel damage.

While apple cider vinegar isn’t an abundant source of potassium many swear by its ability to alleviate leg cramps, which are believed to be brought on by potassium deficiency.

The anti-inflammatory properties of apple cider vinegar can help heal and minimize the appearance of bruises when applied topically.

While not scientifically proven, this folk remedy might be worth adding a teaspoon of apple cider vinegar diluted in a glass of water to your arsenal of anti-hiccup tricks.

#14 Ease A Cold and Sore Throat

While several risk factors for heart disease have been clinically improved by apple cider vinegar, like lower triglyceride and cholesterol levels, those studies have only been conducted on rats.

In human studies, scientists have been able to show a relation between the consumption of alpha-linolenic acid and a reduced risk of fatal ischemic heart disease.

By breaking up mucus, apple cider vinegar can help unstuff that stubborn nose while its antibacterial properties prevent a resulting sinus infection.

Studies done on lab animals and isolated cells (in vitro) have shown that vinegar can kill cancer cells and tumors. More research is needed but this could be due to vinegar’s ability to change the pH within the body.

Because of the aforementioned ability of apple cider vinegar to promote a balanced alkaline pH within the body, it can help you ward off problems associated with lower pH levels like fatigue and infection.

The unique acids in apple cider vinegar bind to toxins and move them out of the body. The vinegar also breaks up mucus throughout the body and cleanses the lymph nodes which improves the health of the entire lymphatic system, known to remove toxins from cells and improve overall immune system performance.

Along with breaking up mucus, apple cider vinegar helps support lymphatic drainage. Combine that with its ability to strengthen the immune system and clear sinuses and you’ll be breathing easier in no time.

The acetic acid in apple cider vinegar helps your body absorb nutrients. By adding vinegar to your fresh juice or salad dressing, you’ll be able to soak up more nutrition from those superfoods.

Drinking diluted apple cider vinegar before a meal or sweet treat can regulate your glucose levels and soften the crash that usually follows a sugar high.

Apple cider vinegar can be used as a natural teeth whitener by rubbing it over the teeth with a finger or sponge for up to one minute before rinsing your mouth well with fresh water. 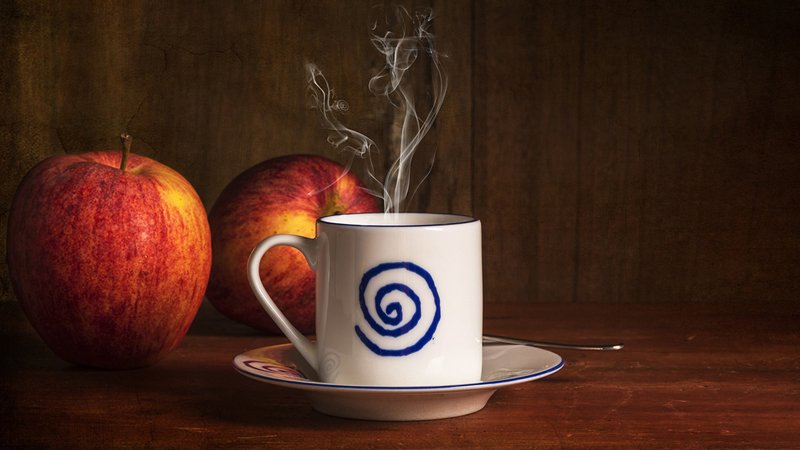 There are a number of ways to consume apple cider vinegar but the easiest-and most consistent-addition is to drink it daily. If you struggle with the strong taste of apple cider vinegar you can take this opportunity to cook with it or add it to your diet elsewhere.

Juice-Add apple cider vinegar to your juices and smoothies for easy implementation to your routine.

Baking-The combination of baking soda with the acids found in vinegar create a chemical reaction that releases carbon dioxide, giving your baked goods a ‘rise’ without eggs. Not to worry, the vinegar taste won’t be noticeable in the final product.

Sauces-Tangy sauces-like barbeque-can get a tasty health boost from the addition of apple cider vinegar. You can also use apple cider vinegar in marinades but some of the health benefits will be lost due to the high heat of cooking.

Soups-Splashing vinegar into your soups can add depth and brightness, but be sure to add it at the end of cooking to avoid destroying beneficial bacteria.

Salads-Shake up some medicinal salad dressing by combining apple cider vinegar, olive oil and any number of mix-ins including mustard, honey, citrus, garlic and herbs. 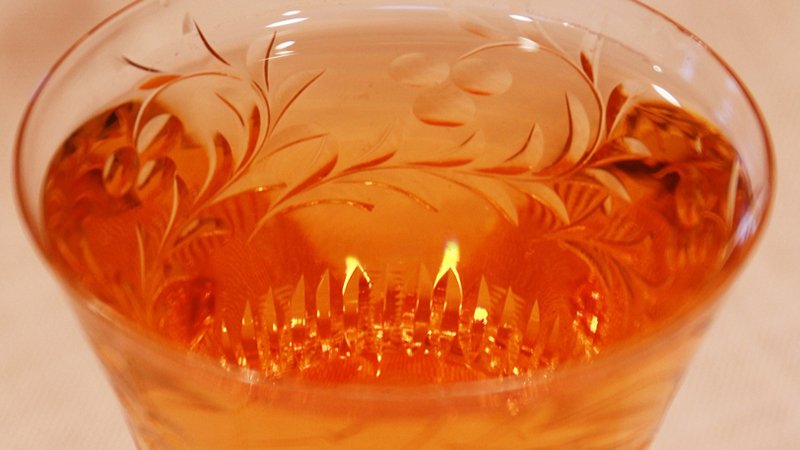 Good Food features an original recipe for Curtis Stone’s Sticky, Saucy Barbecue Pork Ribs in which both the barbeque sauce and the ribs include apple cider vinegar.

They also have a recipe for Mixed Berries with Apple Cider Vinegar and Cashew Cream that makes a healthy breakfast-or dessert. 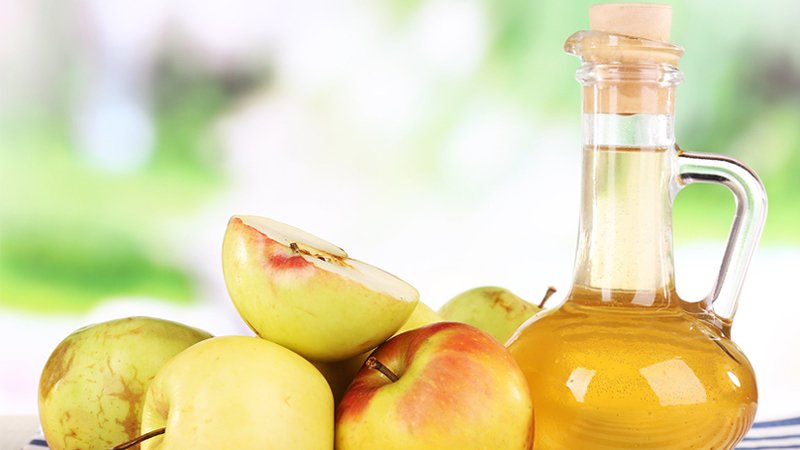 Furthermore, while apple cider vinegar’s ability to lower glucose levels in the blood (blood sugar) can help manage diabetes, it can also cause blood sugar levels to drop to the point of hypoglycemia in those with fluctuating levels and cause seizures and loss of consciousness.

If you have type 2 diabetes or an insulin resistance you should talk to your doctor before taking apple cider vinegar.

Also, the acids in apple cider vinegar can damage tooth enamel and prolonged exposure can lead to yellowing, sensitivity and decay but rinsing your mouth with water after ingestion will lower these risks.